Finance in Morocco is a growing market and catalyst for initiative. New markets, such as futures, are being set up and new reforms in securitization and venture capital activities are being enacted. As a result, there has been a desire to give more operational autonomy to market regulators like the financial market authority AMMC.

Throughout the private and public sector there is a growing need to embrace risk management strategies in order to remain flexible and resilient enough to weather global uncertainty. It is important to note that it is not just financial institutions and banks which need to manage risk, but rather all sectors can benefit from increasing their risk resiliency. The key is combined both agility and resilience into institutional planning, as one without the other merely adds additional risks.

Hammer Team, the Swiss software incubator, today announces its support for a new partnership that will combat the challenges of Enterprise Risk Management.

‘The aftermath of the 2008-9 financial crisis has lead to the most challenging economic environment in over seventy years. Many financial services companies have reconsidered their approach to financial and market risk, while having to give greater consideration to the social and economic impact of potential operational failures.
La Française AM (formerly UFG-LFP) took action before the crisis.

Following major investment in the company, Ariel Luedi becomes Chairman of the Board of OXIAL, the Swiss GRC software company based in Cham in the Zug canton of Switzerland. The company also has offices in Morocco, Paris, Geneva and London. Ariel is a serial entrepreneur. He was a major shareholder and CEO of hybris software for eleven years, helping to develop the company and position it as a global commerce leader. Ariel‘s role was also instrumental in driving the successful acquisition of the company by SAP in August 2013 for more than 1B USD. Prior to joining hybris, Ariel held various senior positions at Salesforce, Oracle and IBM. Ariel entered the realm of e-commerce in 1996 at BroadVision. Ariel studied Physics at ETH in Zurich. 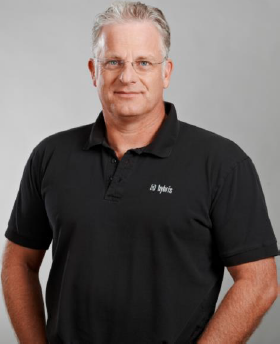 To further the expansion of OXIAL, Darren Short is joining OXIAL UK Ltd. as Sales Director, UK and Northern Europe. Darren will be based out of the UK and will be responsible for generating sales across the region, working closely with the Swiss- and French-based OXIAL teams as well as helping to develop presentation and customer-facing collateral in English. He joins us with over 30 years of sales experience in the Information Technology and Services sector where he has held a number of senior UK and Global sales roles in companies such as LexisNexis UK and Thomson Reuters. Darren holds a postgraduate diploma in Management Studies from the University of West London and a HNC in Mechanical Production Engineering. 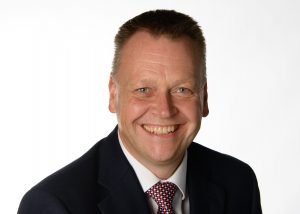 Changes to the regulatory environment

Since the outbreak of the 2008/9 financial crisis, a wealth of legislation and regulatory requirements have been established by authorities on both sides of the Atlantic. Considering the external risk environment, plus changes to internal business environments and the aforementioned regulatory enforcement, banks and insurance companies must strictly supervise their three lines of defence: risk, control and audit.

OXIAL has more than 75 customers in sectors ranging from Financial Services to Manufacturing and Insurance. With offices in Switzerland, France, Morocco and the UK, OXIAL has recently been named top performer in solution features by AMRAE (French Association of Enterprise Risk Management) – a testimonial of how innovation and risk management can go hand in hand. Our latest solution called OXIAL GRC EXPRESS can be implemented in just four weeks. For more information please contact: ariel.schvarzsteinAToxial.com